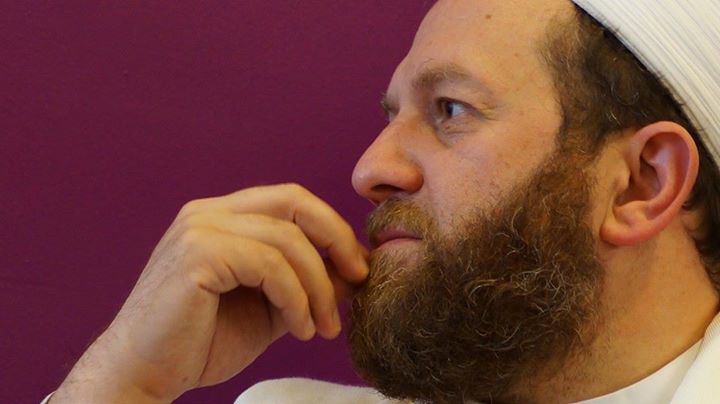 “Among the believers are Men, who delivered their promise to Allah” (Ayah 23/Surat Al-Ahzab)

If history has taught us anything, it has certainly delivered a message with unequivocal resonance; Haqq and freedom are not something that is given. Haqq and Freedom are things people take, and people are as free and on the Haqq as they want to be.

Islam, the religion of Haqq, justice and freedom came into a place and time where oppression was the rule, slavery was a tool to humiliate the weak, killings a way to solve problems. A society fueled by feuds, raging by violence, and merely being born in the wrong family could mean eternal slavery, oppression, and stripping of any and all rights.

The Beloved Prophet, sallallahu alayhi wa aalihi wa sallam, emerged as the voice denouncing those ways while striving to ensure justice and equality. By endangering himself, he -sallallahu alayhi wa aalihi wa sallam, gave us one of the most precious monotheistic gifts, namely the collective duty of self criticism. Speak the truth though against yourself. Support the Haqq, denounce the Batel. Stand with the Haqq, abandon the Batel.

Stand up to oppressors and tyrants, no matter of the price.

The Seerah of the Beloved Prophet, sallallahu alayhi wa aalihi wa sallam, taken as a whole, may be summarized as a succession of victories of Haqq over Batel, of Justice over Tyranny, of Freedom over Slavery.

If the Beloved Prophet, sallallahu alayhi wa aalihi wa sallam, has taught us anything, then among the many, he taught us an important lesson. One that the Qur’an amplified numerously: It does not require a majority to prevail, but rather a profoundly faithful few, who are keen to uphold the truth and sacrifice for it.

To be the example of a candle that burns itself illuminating the way for others, to give the ultimate sacrifice to enlighten the path of the truth, as the truth and only the truth shall set you free.

The Ayahs and Ahadith about Ahl ul Bayt al-Athar including their Master Al-Imam Al-Husayn are numerous, that most of you know.

We are already in Muharram, and in the atmosphere of the day of Ashura. A day where Musa (as) was saved, and a day related to Adam and Noah, and many others (as). To our Ummah, it is also a day where the Beloved of the Beloved demonstrated the highest of nobility, and offered the ultimate of sacrifices. It is not strange, when you realize that he is the grandson of our Beloved Prophet, the son of Amirul-Muminin Ali, brother of Al-Imam Al-Hasan, and a beloved son to Master, the Lady of Ahl ul Jannah Sayyidatina wa Mawlatuna Fatimah-Azzahra, sallallahu ala sayyidina Muhammad wa aalihi wa sallam.

There was a noble reason that demanded the martyrdom of Imam Husayn. The simple and obvious reason is simply to preserve The original Bid’a-Free Muhammadan Islam. Islam, Haqq, Truth, Justice, Equality, Freedom and Liberty are all precious values that demanded precious sacrifice. That, to my mind, is the supreme significance of martyrdom. But the highest honor must still lie with the symbol, who faced fearful odds and refused to surrender to the devil. Rather than allow a stigma to attach to sacred
things, they paid with their own lives the penalty of honor and Haqq. The beginning of the batter offered by our beloved Imam Husayn was when he went from city to city, hunted about from place to place, but making no compromise with evil. Then was offered the choice of an effectual but dangerous attempt at clearing the house of Allah Ta’ala, or living at ease for himself while closing an eye on the ongoing distortion of Prophetic Sunnah and its values. He chose the path of danger and hardships with duty and honor, and never swerved from it giving up his life freely in the absolute bravest of ways ever known to Mankind. That briefly is the story.

What is the lesson?

There is of course the physical suffering in martyrdom, and all sorrow and suffering claim our sympathy, —- the dearest, nearest, purest, closest to our hearts, souls and minds. The one who the Beloved Prophet, sallallahu alayhi wa aalihi wa sallam, himself used to interrupt his speeches to pick him up, delay his prostration to honor and not bother him, the one whose face not only is honorable, but it is the face where The Prophet’s honorable lips, face, and body touched, loved, and valued. It is that very same honorable face, that Yazid bin Mu’awiyah and his cronies humiliated, slaughtered, put on the spears, and kicked. There are no words that can describe the pain profoundly felt in every free human’s mind, soul and heart.

But there is a greater suffering than physical suffering. That is when a valiant soul seems to stand against the world; when the noblest motives of Islam are reviled and mocked; when the truth and the authentic Prophetic Sunnah seems to suffer an eclipse. It may even seem that the martyr has but to say a word of compliance, do a little deed of non-resistance; and much sorrow and suffering would be saved; and the insidious whisper comes: “Truth after all will never die”

But the whole battle is for man’s keeping hold of Haqq and Freedom. And that can only be done by the highest examples of man’s conduct – spiritual striving and suffering enduring firmness of faith and purpose, patience and courage where ordinary mortals would give in or be cowed down, the sacrifice of ordinary motives to supreme truth in scorn of consequence. The martyr bears witness, and the witness redeems what would otherwise be called failure. It so happened with Al-Imam Al-Husayn, the Master of the youth of Ahlul Jannah. For all were touched by the story of his martyrdom, and it gave the deathblow to the tyrant politics of Yazid bin Mu’awiyah and all the oppression it stood for. And Imam Al-Husayn being alive, more alive than ever, not only externally but living profoundly deep in our hearts, in our souls, and in our minds, has still the power to ignite the light of truth in the heart of all free, to send a message to the courageous not to bow down to evil, and to teach people not to surrender to tyranny.

There are those who until today believe that forgeries, fancy words, self-awarded titles, Imamahs/beards and booklets can mask the shining truth. Persistent attempts to distance, sideline and marginalize Al-Imam Al-Husayn and his Sirah away from the Muslims are ongoing, and more intense, and serious than ever. This Yazidi line, regardless of what banner or name they choose to brand themselves with, can no longer fool the intellectual Muslim. Their scare tactics, labeling, and “intellectual terrorism” are weapons of the past, and no longer effective for those who see. While we must pray for their guidance, we shall never fall as victims to their misguidance. Al-Husayn was, is and will always be the lantern of light and the ark of salvation as part of the Itra, after the Qur’an and the Authentic Sunnah.

In the upcoming very sad days in our lives, and the life of every free human being, I urge myself and you to: Express sadness and show sorrow for the massacre of the dearest and purest of the Family of the Beloved Prophet, sallallahu alayhi wa aalih wa sallam, by re-pledging to Allah Ta’ala your pledge of sincerity, transparency, devotion to Him, and channel the expression of your sorrow into positive action. It is customary to many families of Ahlul bayt to show sadness during this month by remembering the grace of Allah Ta’ala upon them and re-pledge to internalize and carry out the Prophetic Message in a better way. Al-Husayn’s doesn’t need us to have black flags & bloody scenes to show grief & loyalty, but needs us to have white (pure) hearts & peace scenes where all humanity prospers. Thru ‪#‎Karbala‬ you will see the WORD winning over the SWORD, the tears defying spears, the true heirs versus stolen chairs & Amirs versus Deen auctioneers. Among Imam al-Husayn’s mission multiple tragedies is that some sidelined him & his mission/sacrifice because it’s simply too painful to face up and too hard to talk about. Others let him down & started mourning & crying instead. He, may Allah Ta’ala be pleaed with him and please him, wanted an Ummah of braves & strong resolve. But the Ummah largely let him down & started wailing instead. Al-Husayn wanted to build Rijaal (men and/or women who embody principles and sacrifice for them). Instead of that, they became (Nisa’= old women) who sat (aside) & wailed. Killing al-Husayn over & over again.

Expressing sorrow should be manifested by sincere intentions of repentance, believing that if you were with them, you would have been on the side of Imam Husayn, even if it costs you any and everything, and a plan of action to improve yourself spiritually and be more observant of The Creator subhanahu wa Ta’ala, every day.

Increase your Istigfaar per day, and increase your Durud on the Beloved Prophet, sallallahu alayhi wa aalihi wa sallam. and don’t limit it to Muharram only, but it could be a great start.

Learn the Sirah of Imam Husayn, try to benefit from it, love it and live it. and don’t limit it to Muharram only, but it could be a great start.

Be generous to your family: bring them water (and remember on this day Yazid’s army prevented Imam Husayn from drinking water), bring them food and remember the things that happened.

Be thankful to Allah Ta’ala, and ask Him to gather you with al-Husayn and the lovers of al-Husayn in this Dunya, and Akhira.

Be on the Haqq. Justice & Freedom side, and check yourself.

The sacrifice of Imam Husayn comes after the Sacrifice of his father, Sayyiduna Amirul’Muminin wa Imam al-Mutaqqeen Ali bin Abi Taleb, and the sacrifice of Imam Hasan, and the line of sacrifice and martyrs among Ahlul Bayt is still a line enlightening the way for generations to come. They are like stars; you will not succeed in reaching them with your hands. But like the seafaring man on the desert of waters, you choose them as your guiding stars, and following them you will reach your destiny. Al-Imam Al-Husayn’s message was simple and clear: Is life so dear or so sweet as to be purchased at the price of chains and slavery? Forbid it, Almighty Allah! I know not what course others may take, but as for me, give me Haqq, or give me death!